This lab deals with the process of creating a $GaAsP$ LED which release red/orange light. Any semiconductor can be P-type or N-type depending on dopants used. N-type materials are doped so that there are free electrons that can move around in the crystal, while P-type materials have free holes.

When a P and N type semiconductor are in contact, electrons in the N-type material and holes in the P-type material flow to the junction until they combine. In certain PN junctions, the bandgap is indirect, meaning electron-hole recombination impart some angular momentum to the lattice atoms – heat. Other PN junctions, such as those of $GaAsP$, are direct bandgap semiconductors. An electron-hole recombination in these cases produce light and very little heat.

The following procedure was followed to test the device:

The procedure did produce a red LED that operated correctly (emitted light), as can be seen in the following image: 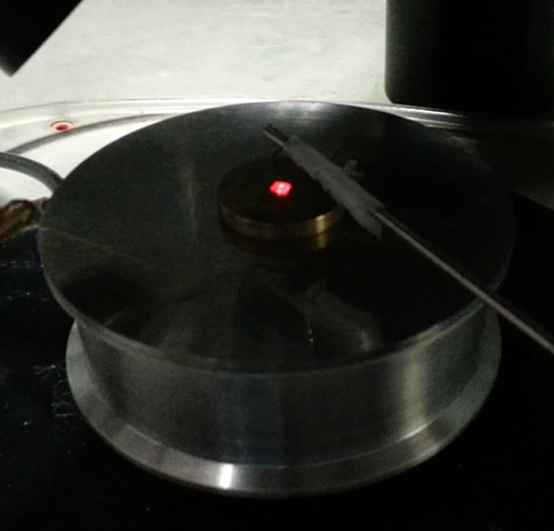 The following VI curve was created by testing the LED’s current at various voltages: 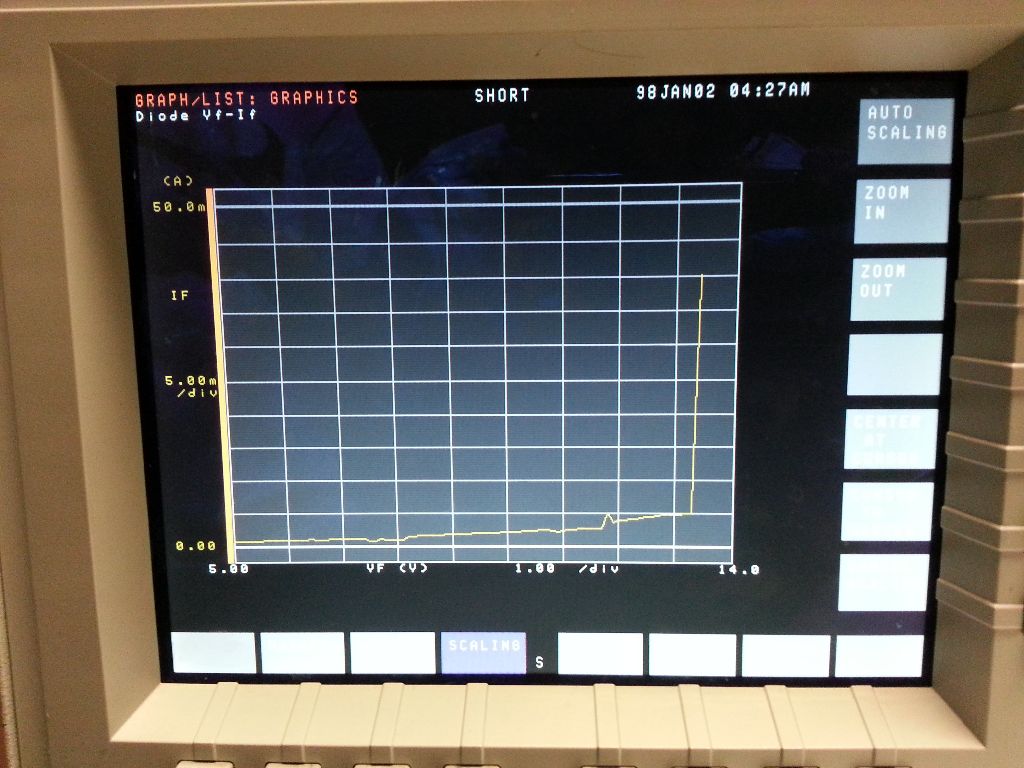 From this image, we can see the forward voltage was much higher than the bandgap for a red LED. The reason for this is probably due to some contamination, for example, from water. However, as the graph shows, once this forward voltage was reached, the current spiked.